Disposition before restoration and enlargement:

Already in the 15th century the first organ has been placed into the church of Markranstaedt.

A newer instrument has been built during the commencement of the Thirty Year’s War in 1617/18 by the organ-builder’s family Compenius, which was located in Middle Germany. The organ builder Heinrich Compenius (1565-1631) was born in Eisleben and settled down in Halle in 1597.
However, there he worked on several projects including the creation of the organ located in the cathedral of Merseburg (1616), the Pauliner church of Leipzig (1626/27), as well as in the famous church of St. Thomas of Leipzig (1630).
The biggest of Compenius’ organs has been placed into the cathedral of Magdeburg in 1604/05.

In 1886, 265 years later, the old organ has been replaced with the one currently in use. That instrument, however, has been built by the organ builder’s company Urban Kreuzbach, who was the son of Richard Kreutzbach and originates from Borna near Leipzig.
The organ has been modified several times and five stops were adapted to the prevailing taste in the 1960’s.

The organ builder’s family Urban Kreutzbach crafted about 200 organs in their 80-years lasting period of creation. Due to this, the family Kreutzbach is considered to be the most productive organ builder’s family in Saxony during these times.
Several apprentices of this company became successful and well known, e. g. the famous Friedrich Ladegast.

Details of the organ 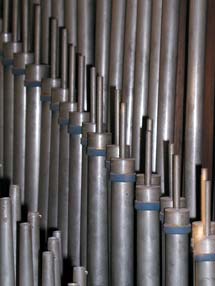 pipes of the stop -Rohrflöte- 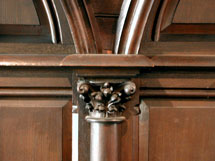 detail of the organ case 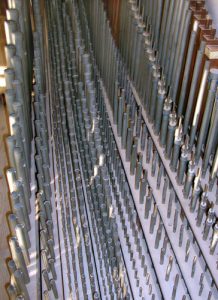 pipes from the swell 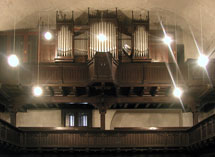 Our organ is in possession of two keyboards, a pedal, 24 stops and a swell organ. Additionally it contains a pneumatic action, to which’s inventors Richard Kreutzbach can be counted. The stop “trumpet 8” completed the great organ in 2007.
Clearly it is not exaggerated to say that our organ is the most beautiful sounding instrument in the area of Leipzig. You are very welcome to convince yourself of this fact. 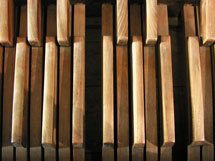 detail of the pedal 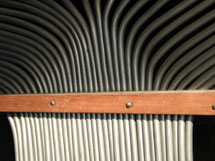 wind ducts in lead for the sound control 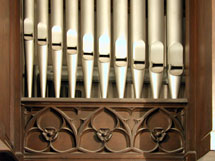 detail of the organ front 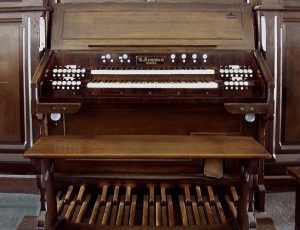 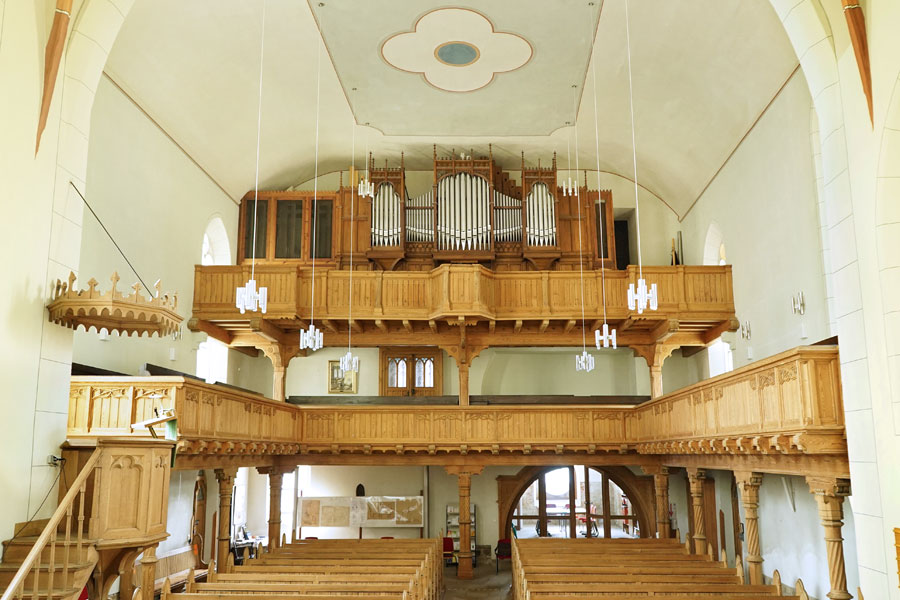 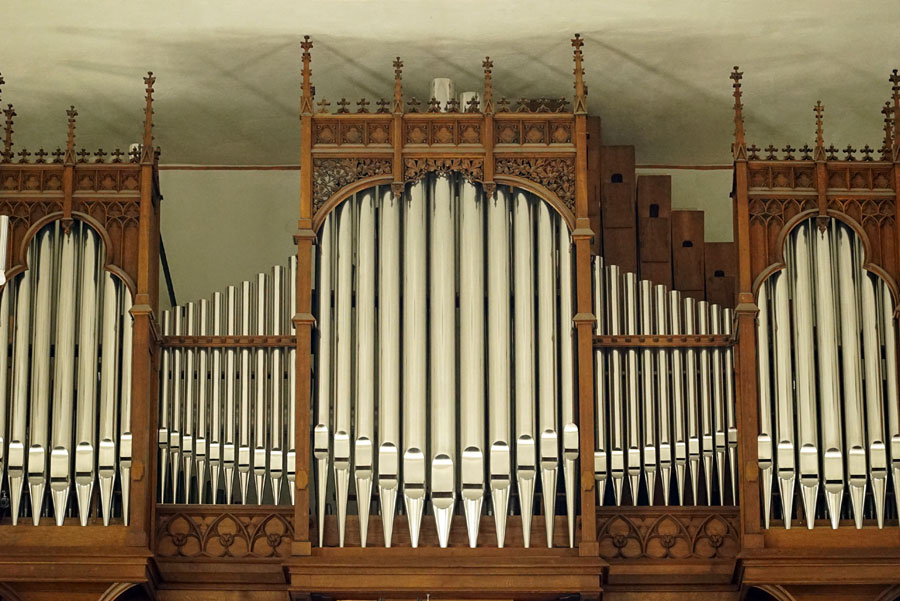 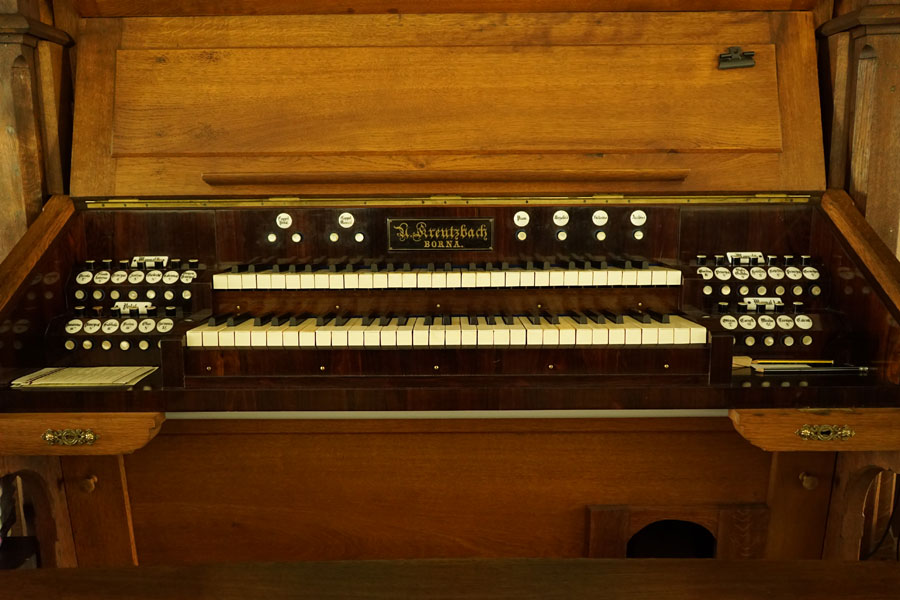 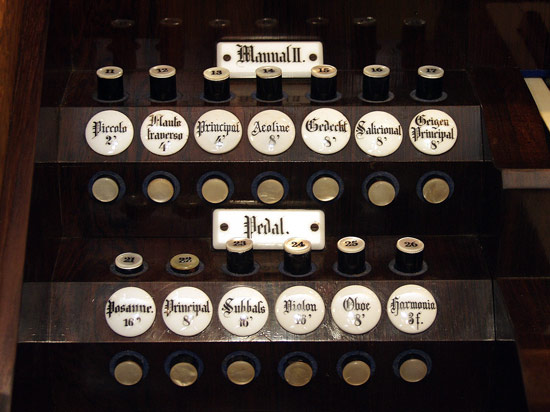 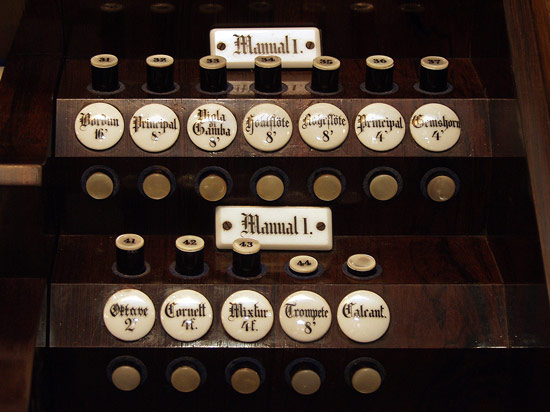 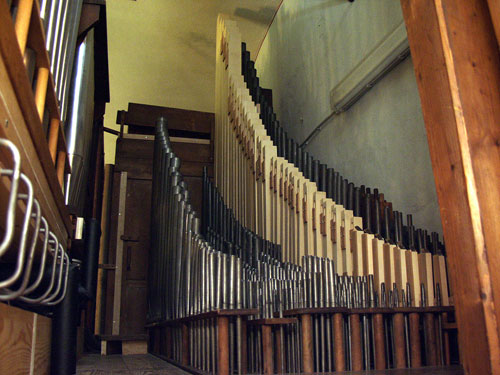 View into the pipes of the great division. Easily recognizable by its bright colour is the recently build register "Hohlflöte 8". 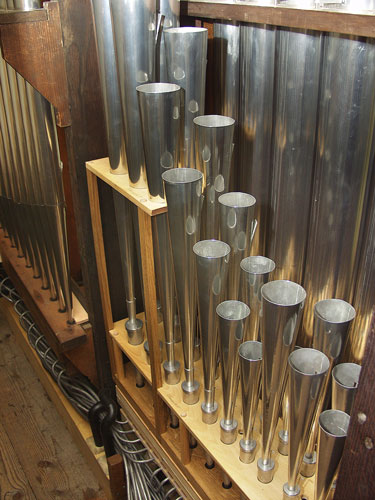 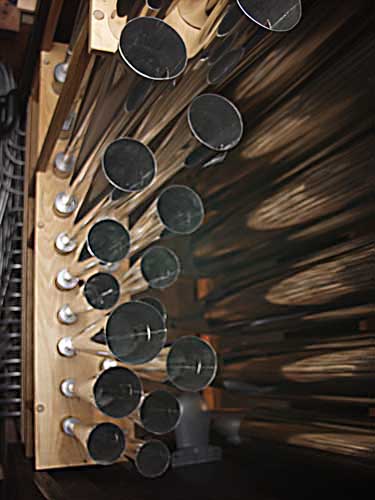 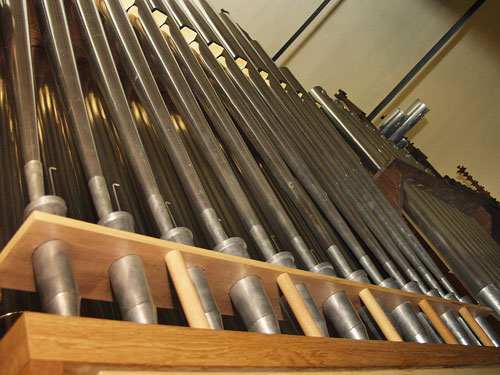 view at the pipes built at the left and right side behind the prospect; one can recognize the new register "Trompete 8" by the characteristic sound tubes 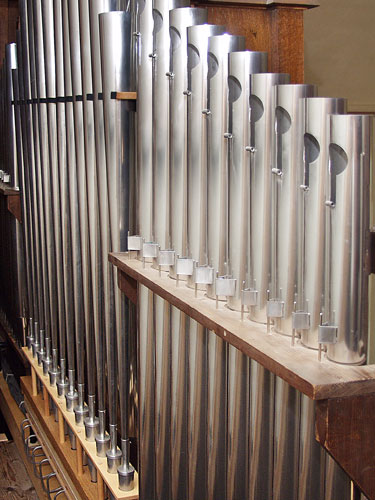 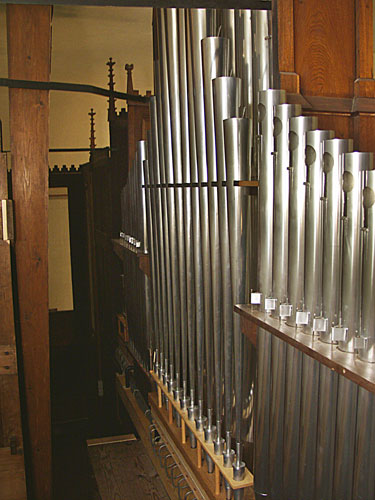 Disposition after restoration and enlargement:

Particulars written in bold correspond to stops of the original disposition.
The stop "Trompete 8", written in italic-bold is an additional one. It has been set behind the pipes of the prospect.
further audio examples: 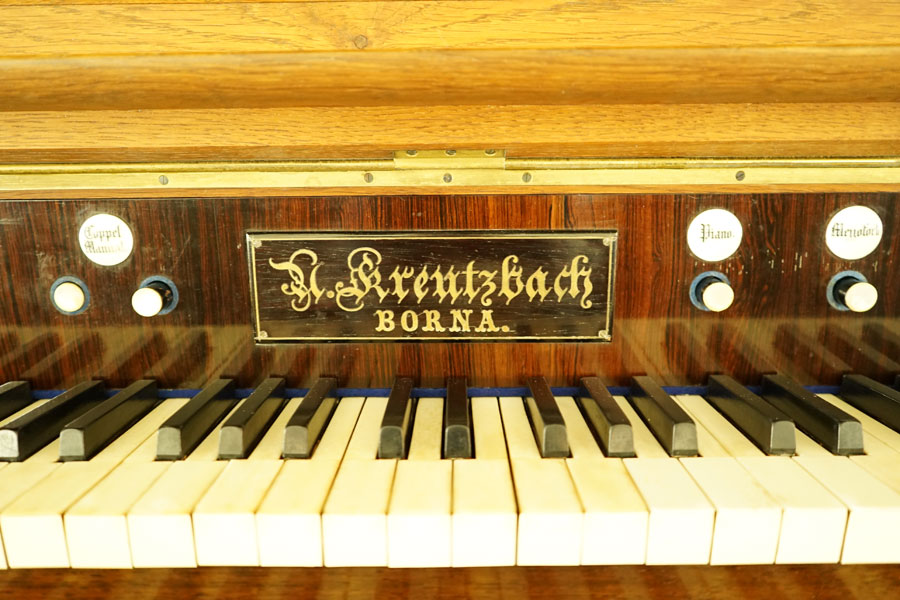 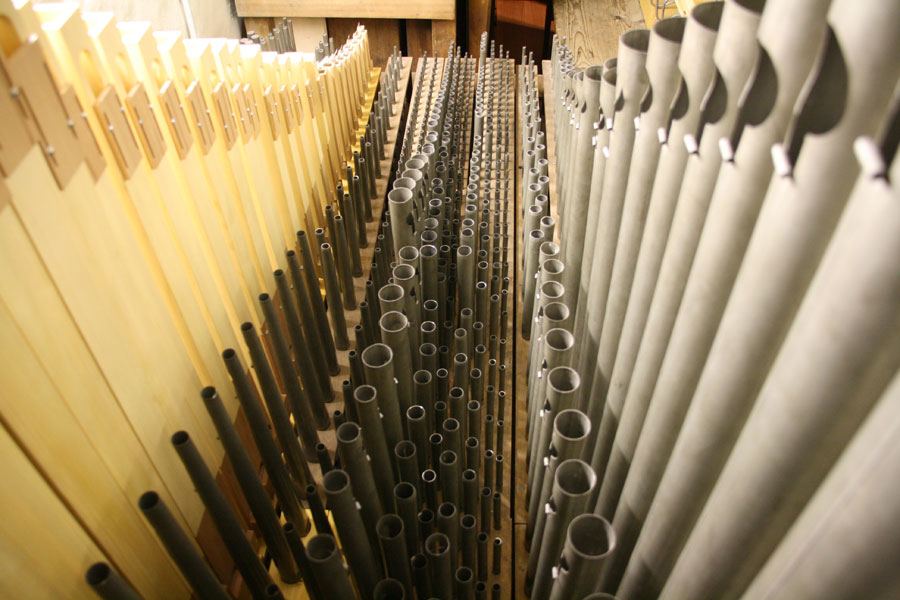 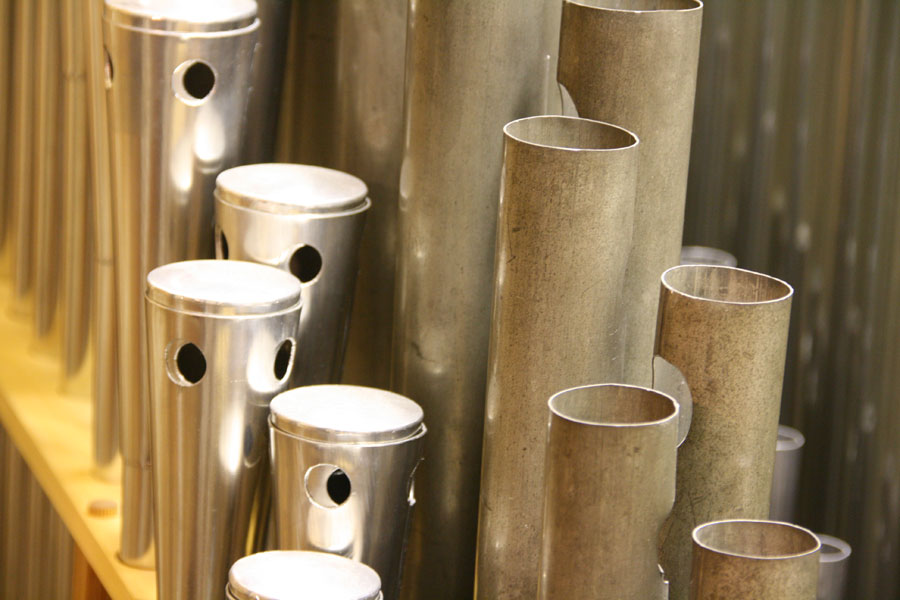 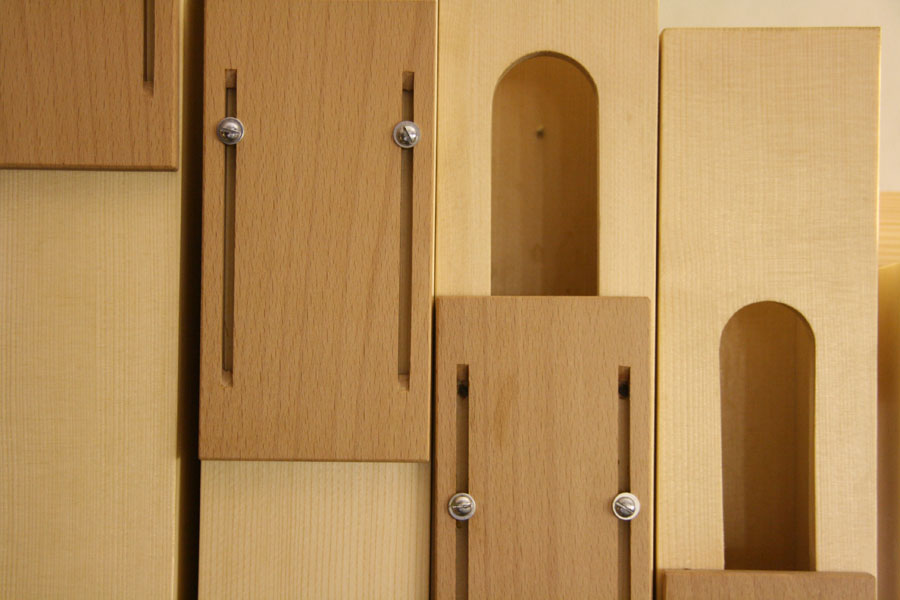 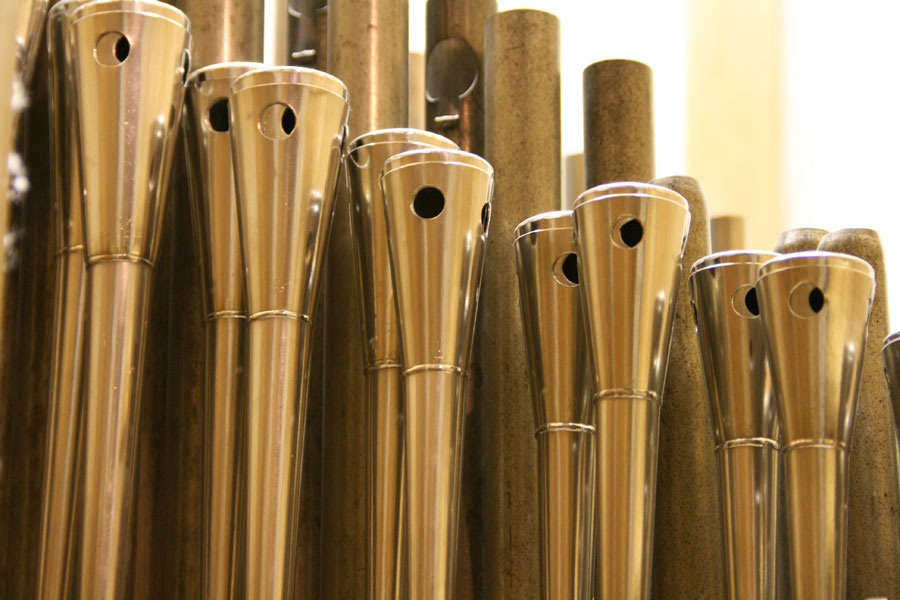 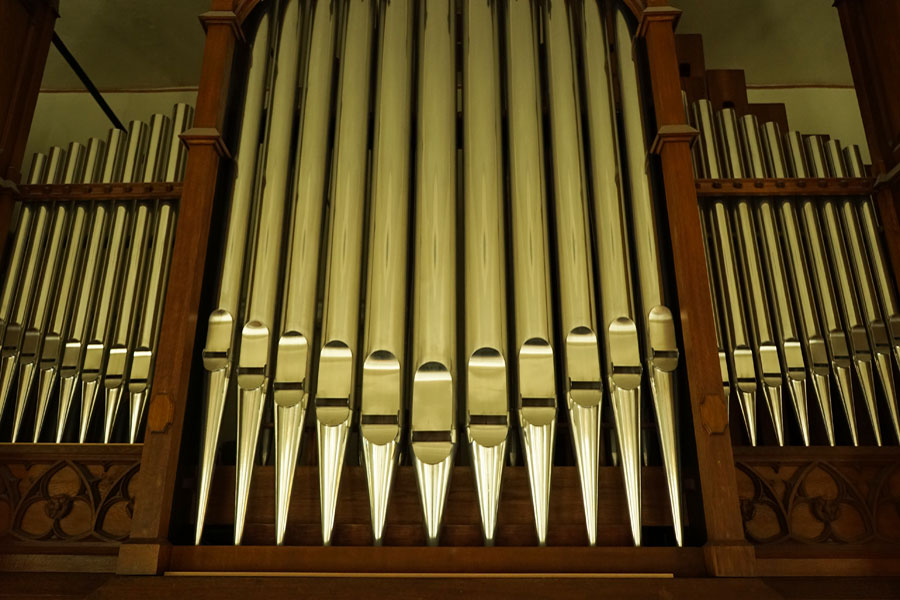 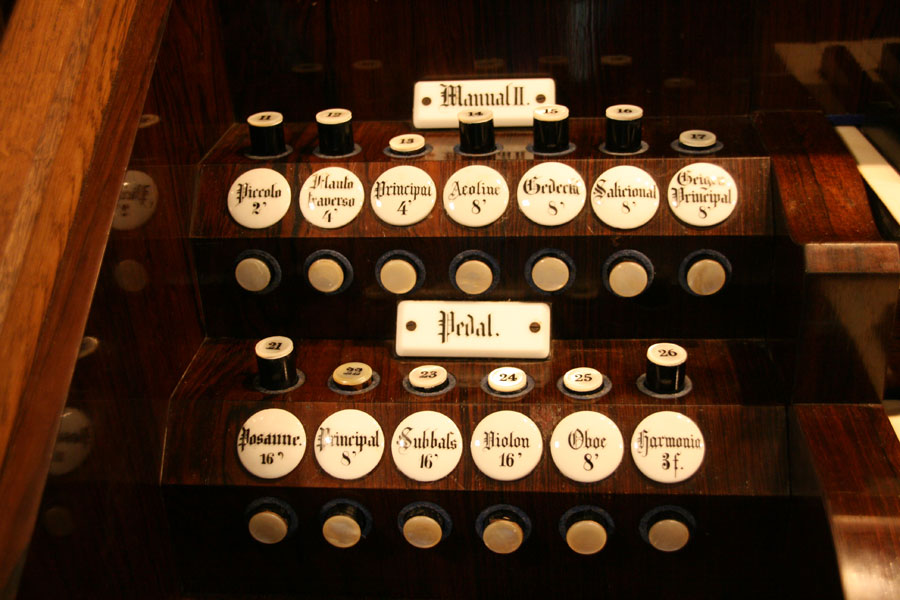 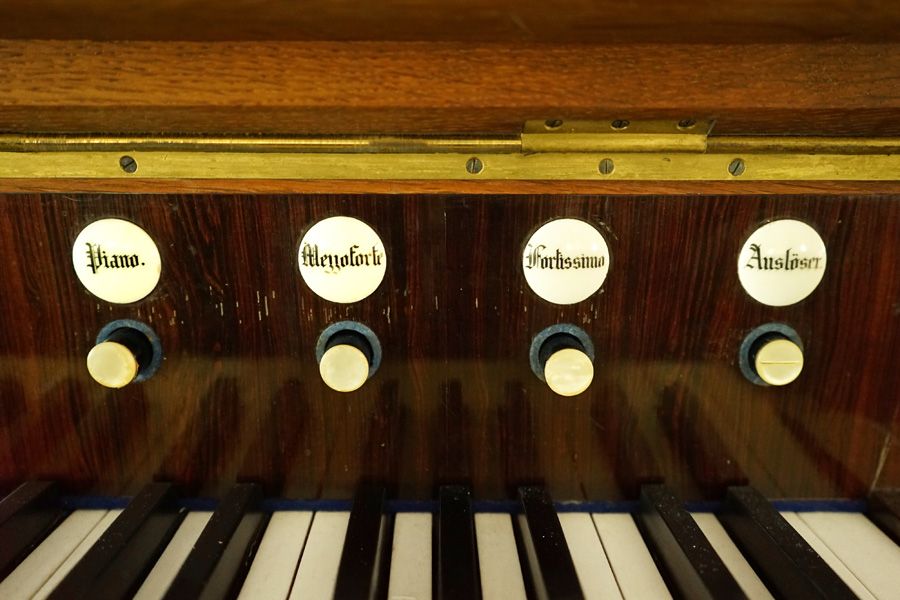